Prefix hijacking is a common phenomenon in the Internet that often causes routing problems and economic losses [13]. ARTEMIS [1,10] is a tool for network administrators, that allows them to detect in real-time and automatically mitigate prefix hijacking incidents against prefixes under their administrative control, by employing self-monitoring on the AS level. ARTEMIS employs real-time monitoring of BGP data (e.g., BGP updates exported by route collectors) and can: (a) detect a prefix hijacking attack within a few seconds, and (b) completely mitigate the hijack within a few minutes (e.g., 2-5 minutes in the initial experiments on the real Internet with the PEERING testbed [2]). This fast response time enables legitimate ASes to quickly counter the hijack based on data they observe themselves on the control plane.

The goal of this project is to implement ARTEMIS as a multi-module application running on top of ONOS [9], using the prior work and code-base of the SDN-IP project [3,8], as well as testing the application over a real BGP testbed such as PEERING [2]. The final objective is to have an open-source implementation of ARTEMIS running on top of a popular production-grade Network Operating System. This implementation will then enable researchers and operators to test miscellaneous BGP prefix mitigation strategies over real-world testbeds and production networks, and extract results that are relevant to today’s ISP operations; such results would be otherwise not possible to produce.

What's in a name?

The name of the application (ARTEMIS), is inspired from the initials Automatic and Real-Time dEtection and MItigation System. Moreover, it is the name of the Greek goddess Artemis, who according to ancient Greek mythology, is the goddess of hunting.

Basic knowledge of the BGP protocol and its best path selection algorithm is required in order to fully grasp the concepts behind ARTEMIS. However, everyone with basic ONOS[15] and mininet[11] skills can follow the demo without this prior knowledge.

ARTEMIS consists of three components: a monitoring (1), a detection (2) and a mitigation (3) service as shown in Figure 1:

1) The monitoring service runs continuously and provides control plane information from the AS itself, the streaming services of RIPE RIS [4] and BGPstream [6] (from RIPE RIS and RouteViews), as well as BGPmon [5] and Periscope [7], which return almost real-time BGP updates for a given list of prefixes and ASNs.

2) The detection service combines the information from these sources; the minimum delay of the detection service is the delay for the first suspicious BGP update to arrive (from any source). ARTEMIS can be parameterized (e.g., selecting BGP monitors based on location and/or connectivity) to achieve trade-offs between monitoring overhead and detection efficiency/speed.

3) When a prefix hijacking is detected, ARTEMIS automatically launches its mitigation service. Since in Internet routing the most specific prefix is always preferred, ARTEMIS modifies the BGP configuration of the routers so that they announce deaggregated sub-prefixes of the hijacked prefix (that are most preferred from any AS). After BGP converges, the hijacking attack is mitigated and traffic flows normally back to the ARTEMIS-protected AS (the one that runs ARTEMIS). Therefore, ARTEMIS assumes write permissions to the routers of the network, in order to be able to modify their BGP configuration and mitigate the attack. This can be effectively accomplished by running ARTEMIS as a set of application-level modules, over a network controller that supports BGP, like ONOS [9].

Note: Prefix deaggregation is effective for hijacks of IP prefixes less specific than /24, but it might not work for /24 prefixes or more specifics. This is because BGP advertisements of more specific than /24 prefixes are typically filtered by many ISPs, since it is considered as best practice to avoid the exponential increase of the size of the BGP routing table. We plan to address this problem through future extensions of ARTEMIS (e.g., collaborative mitigation).

Figure 2 depicts the topology that is setup via the topo.py file inside the tutorial folder (/onos/tools/tutorials/artemis/topo.py). The BGP speakers are Quagga routers and the route collector is an ExaBGP router running a custom script to replicate the behavior of a RIPE RIS route collector. 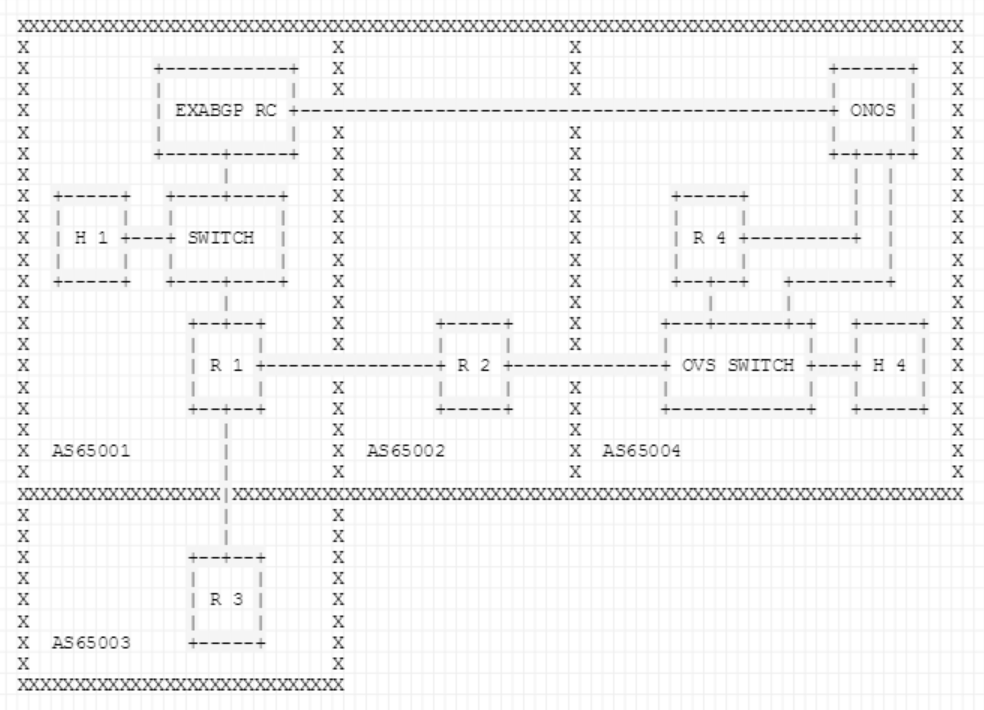 Note: The demo configuration also includes entries for the SDN-IP and the Reactive-Routing application (separate step, pre-configured and not presented in this demo for simplicity). It specifies where the BGP speaker is located and which are the local prefixes.

As a first step, start from a clean setup of an Ubuntu 16.04 virtual machine, with at least 12 GB HD space, 2 processors, 3 GB of RAM and a single NATted interface.

Having this VM setup with Internet connectivity as a starting point, launch a terminal and install the ExaBGP Python library:

Download ONOS from GitHub and configure the corresponding bash profile:

You must verify that the run command in config file now has the absolute path, e.g., /home/user/onos/tools/tutorials/artemis/server.py.

Verify the path that is specific to your setup, using cd and/or pwd/ls, as shown in Figure 3:

Install curl and run ONOS (the first run will require some time):

After the ONOS instance has started, open a new terminal and load the mininet topology:

While having the two terminals open (ONOS instance and mininet), open a new terminal and load the network configuration with onos-netcfg. From this terminal, login to the ONOS CLI:

On your monitor, you should see a view similar to Figure 4: 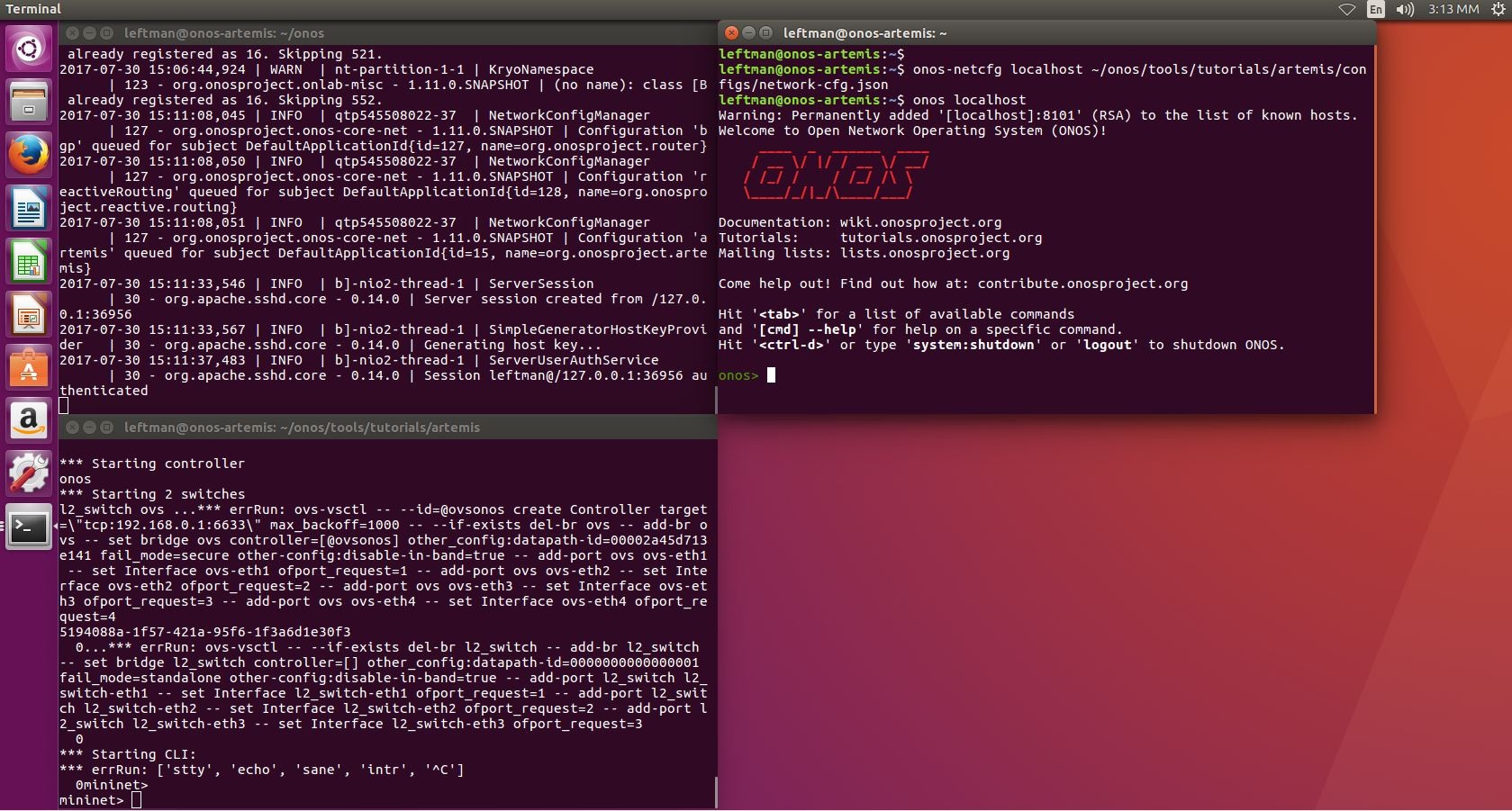 Now that the topology is running, through the mininet CLI you can connect to the hosts to check connectivity and also to the BGP speakers to modify the BGP control plane. To hijack the prefix of the protected AS:

1. Connect to the BGP speaker named R3, and also check connectivity between hosts H1 and H4:

2. On the terminal of R3, announce the prefix:

Now the hijacker (AS65003) will attract all the traffic from AS65001 (destined to 40.0.0.0/8) away from AS65004; at the same time, the ExaBGP speaker in AS65001 will send the BGP update of the hijack (among other updates seen by AS65004) to the ONOS instance (running ARTEMIS) and the hijack will be detected. Observing the ONOS logs, you will see that the attack is actually detected and the deaggregation mechanism has successfully mitigated the attack (by announcing the more specific prefixes 40.0.0.0/9 and 40.128.0.0/9 from the BGP speaker of the protected AS). After BGP converges and the control and data planes are consistent, the traffic of AS65001, destined to 40.0.0.0/8, returns to the protected AS, as shown in Figure 5: 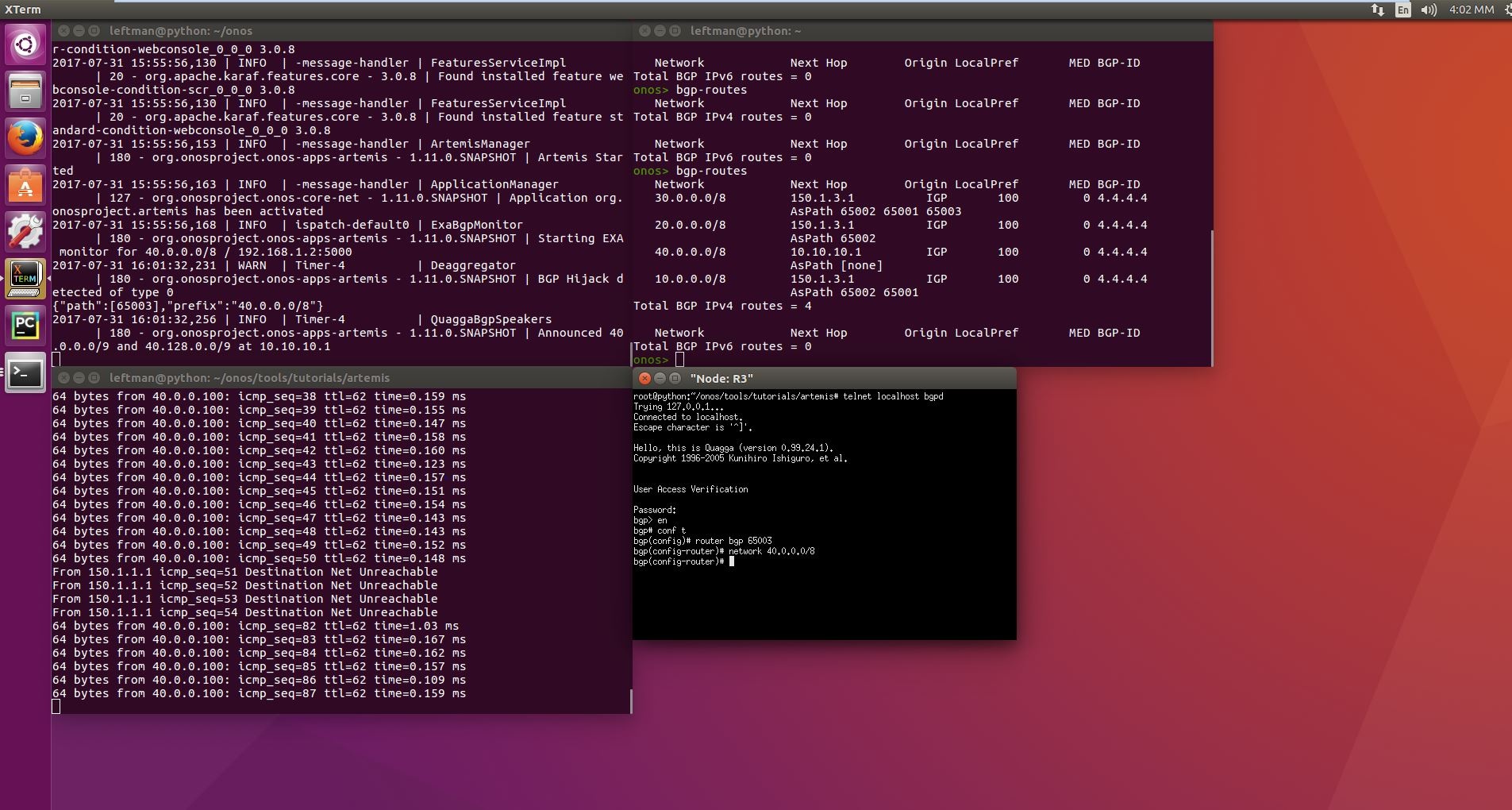 Fig. 5: Successful mitigation of the BGP prefix hijacking attack, with a data loss of only 4 packets.

3. Also, by checking the current configuration of R4:

Q: Why is the CLI output empty when I write bgp-routes in the ONOS CLI?
A: There might be multiple different problems that might cause this issue (e.g., Quagga not running or ExaBGP not running). To verify that everything is running correctly please run ps aux; the result should look as follows:

Also, there is a file inside the onos/tools/tutorials/artemis folder called exabgp.log. For ExaBGP to run successfully, the file should contain a line stating:

Q: Why am I getting an error when running the topology file?
A: You should check if the python3 requirements are installed correctly. Sometimes, the python deployment may consider the python3 package installed; it is though the python2 package instead. You could try installing again the dependency separately using pip3 install .

Q: All the processes run correctly but I still don't get the BGP routes to show; why?
A: This situation tends to happen if you have the networking manager enabled because sometimes it messes up the interfaces of the mininet topology. Please stop the network manager and restart the demo from scratch.

Despite the fact that ARTEMIS was first tested in a non-SDN environment with the basic mitigation strategy of automatic prefix deaggregation in mind, it can support several extensions related to its monitoring, detection and mitigation mechanisms due to its modular design. These extensions, e.g., employing MOAS (Multi-Origin AS Announcements) and tunneling in order to steer the hijacked traffic back to its legitimate owner during the mitigation phase, will also be researched as extra modules built over the ONOS platform. In parallel to the mitigation, an additional monitoring service is envisioned to provide real-time information about the mitigation process. This service can also use data from Periscope, RIPE RIS, BGPstream and BGPmon to monitor/visualize the mitigation.

As future work, another extension of ARTEMIS is the support of multiple vendor routers, beyond Quagga, by employing protocols such as NETCONF and YANG. You can learn more about our future plans by watching the TST presentation video that follows after the demo video.

[11] “Mininet: An Instant Virtual Network on your Laptop (or other PC)“, http://mininet.org/