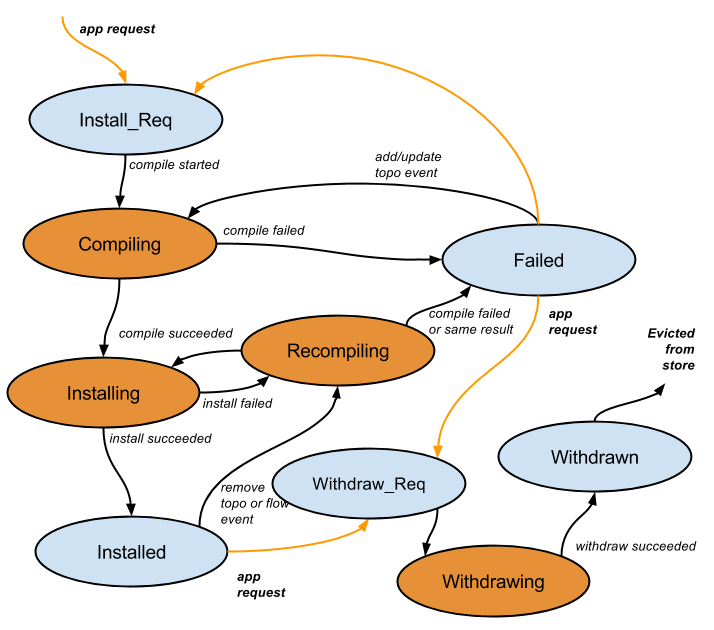 FlowRuleBatchOperations are handed off to the FlowRuleService to be written down as protocol-specific messages. In the case of OpenFlow, the OpenFlowRuleProvider is responsible for generating OFFlowMod messages from FlowRules, and sending it to the appropriate network switch. It relies on the OpenFlow subsystem for its message factories and OpenFlowSwitch references for this task.