The following figure illustrates the various subsystems that are part of ONOS today and a few that are planned in the near future:

Events are used by Managers to notify its listeners about changes in the network, and by Stores to notify their peers of events in a distributed setting. An Event is comprised of an event type and a subject built of model objects. For example, a DeviceEvent can be used to notify DeviceListeners that a device (the subject) has been detected (DEVICE_ADDED), lost (DEVICE_REMOVED), or some aspect of it has changed (DEVICE_UPDATED), among others. 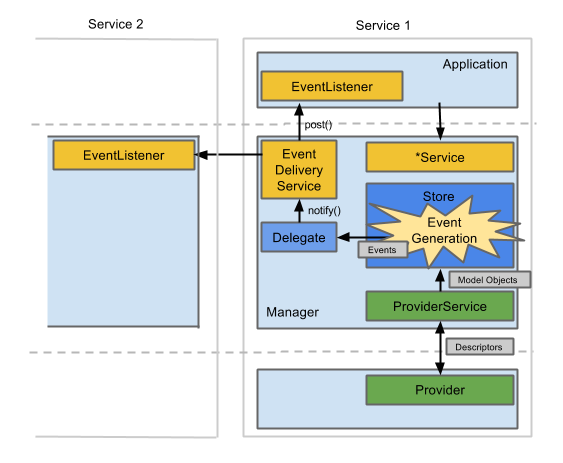