This document defines the NETCONF plugin on South bound interface of ONOS operating system. It defines high level architecture of the plugin which can be used to understand, develop and test the plugin.

It is used as a Central Network Management Controller to view, manage and program network devices. ONOS architecture is unique. It enables the operating system to modularize different components and also gives compatibility to add more protocols and user-defined data models in future. 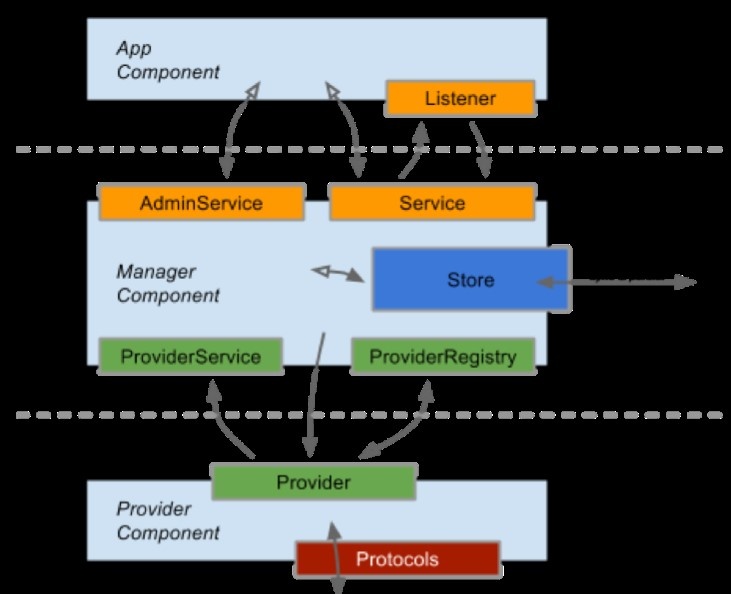 One of the protocol which ONOS supports in South bound tier is NETCONF.

Network Configuration Protocol, in short NETCONF is a standard protocol used by major network device providers in their devices. It allows network administrators to view, modify, delete and manage configurations on network devices.

NETCONF uses simple XML based data encoding and is used over a remote procedure call.

NETCONF support is added in to ONOS as a plugin. 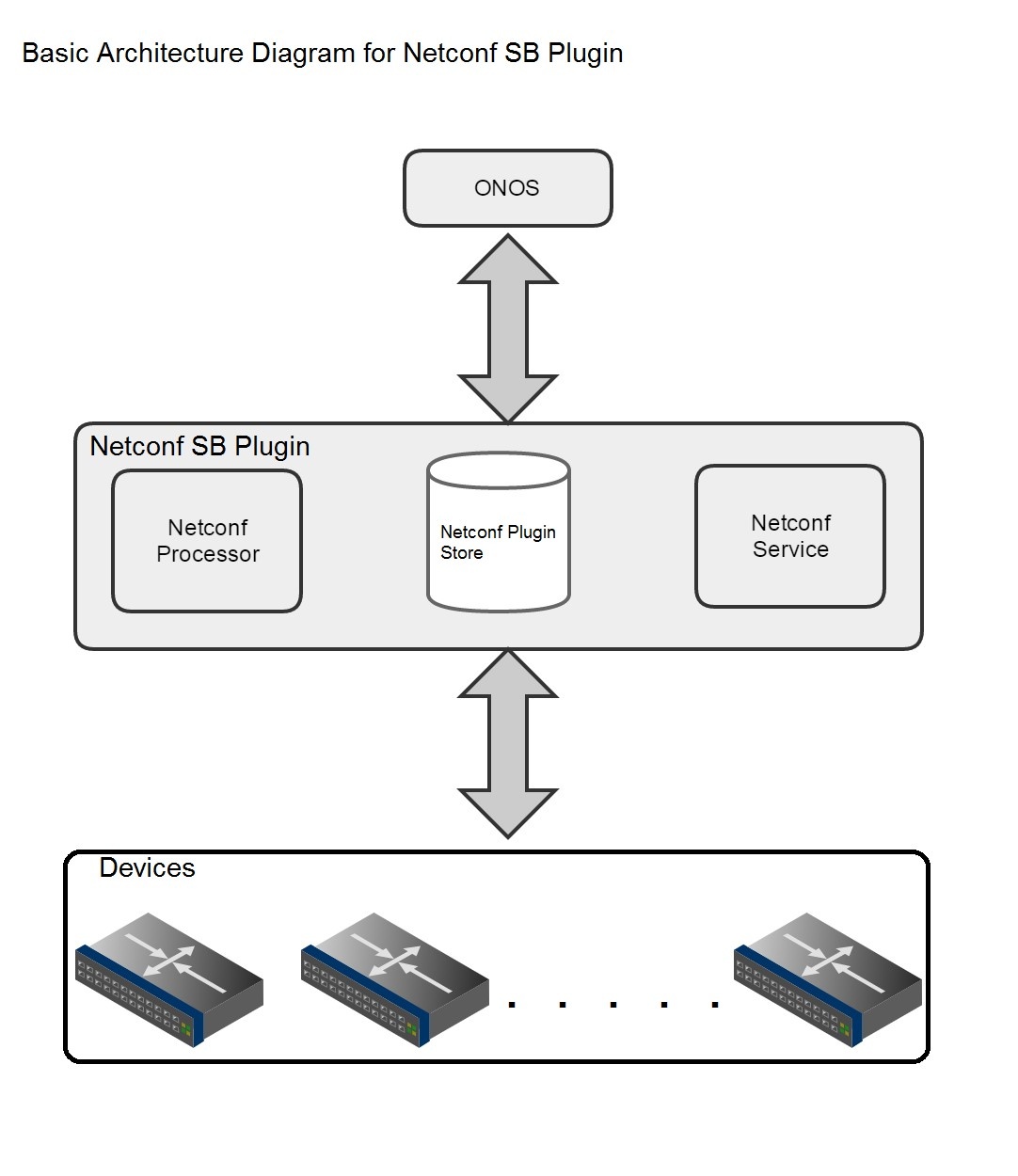 As part of Basic Architecture there are 3 main components that will define the functionality of NETCONF South Bound Plugin. 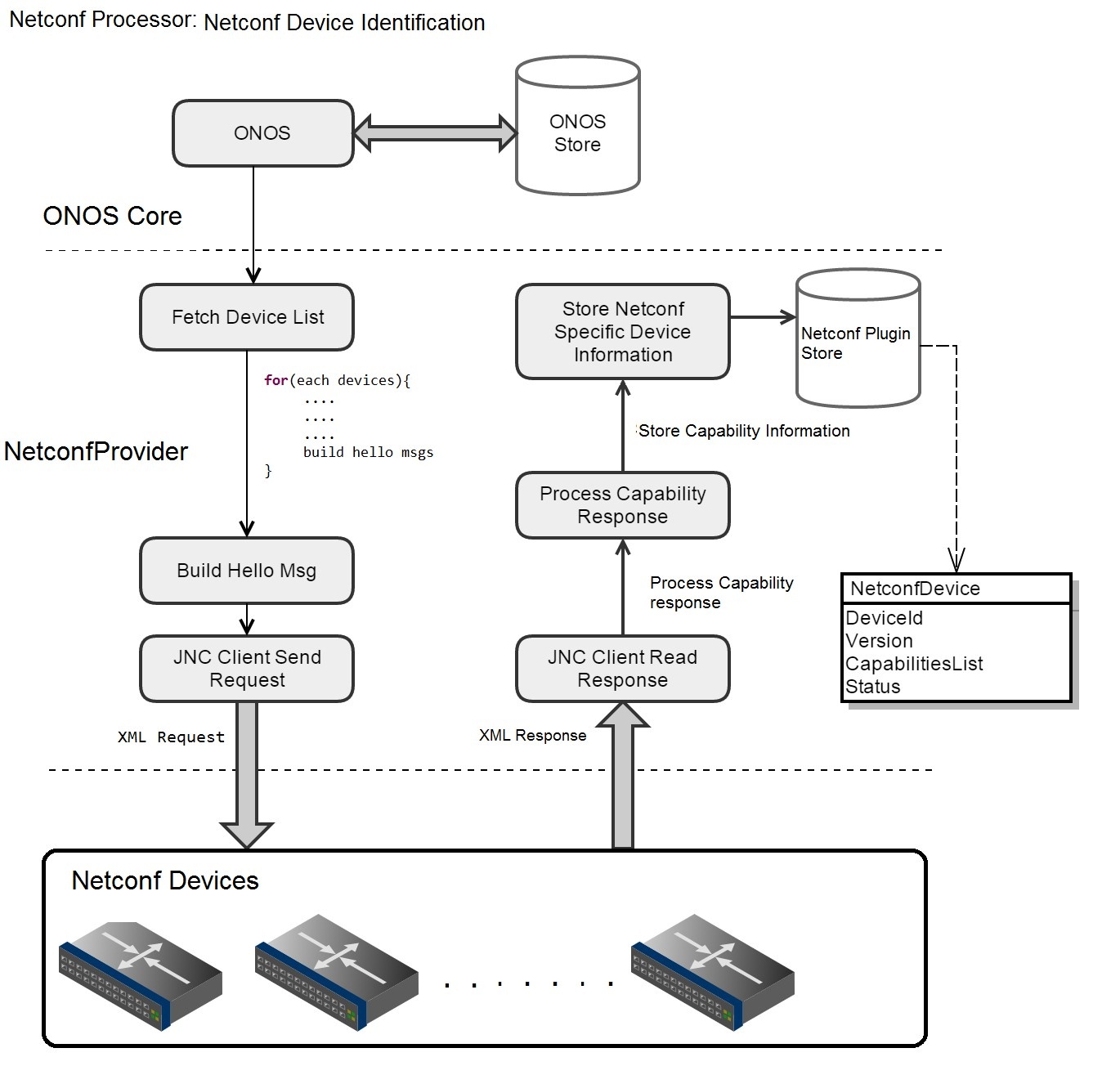 Whenever Application tries to execute standard NETCONF Operation, it will notify NetconfProvider through ‘NetconfService’.NetconfService component is part of NETCONF Provider. NetconfService will expose listeners to ONOS for executing NETCONF Operation. ‘NetconfService’ will build ‘XML’ request using JNC client library and it will also exceute given operation using JNC’s ‘sendRequest’ api.Before going to actual device, listerner will search NETCONF plugin store, for the data. The corresponding flow is shown in the diagram below: 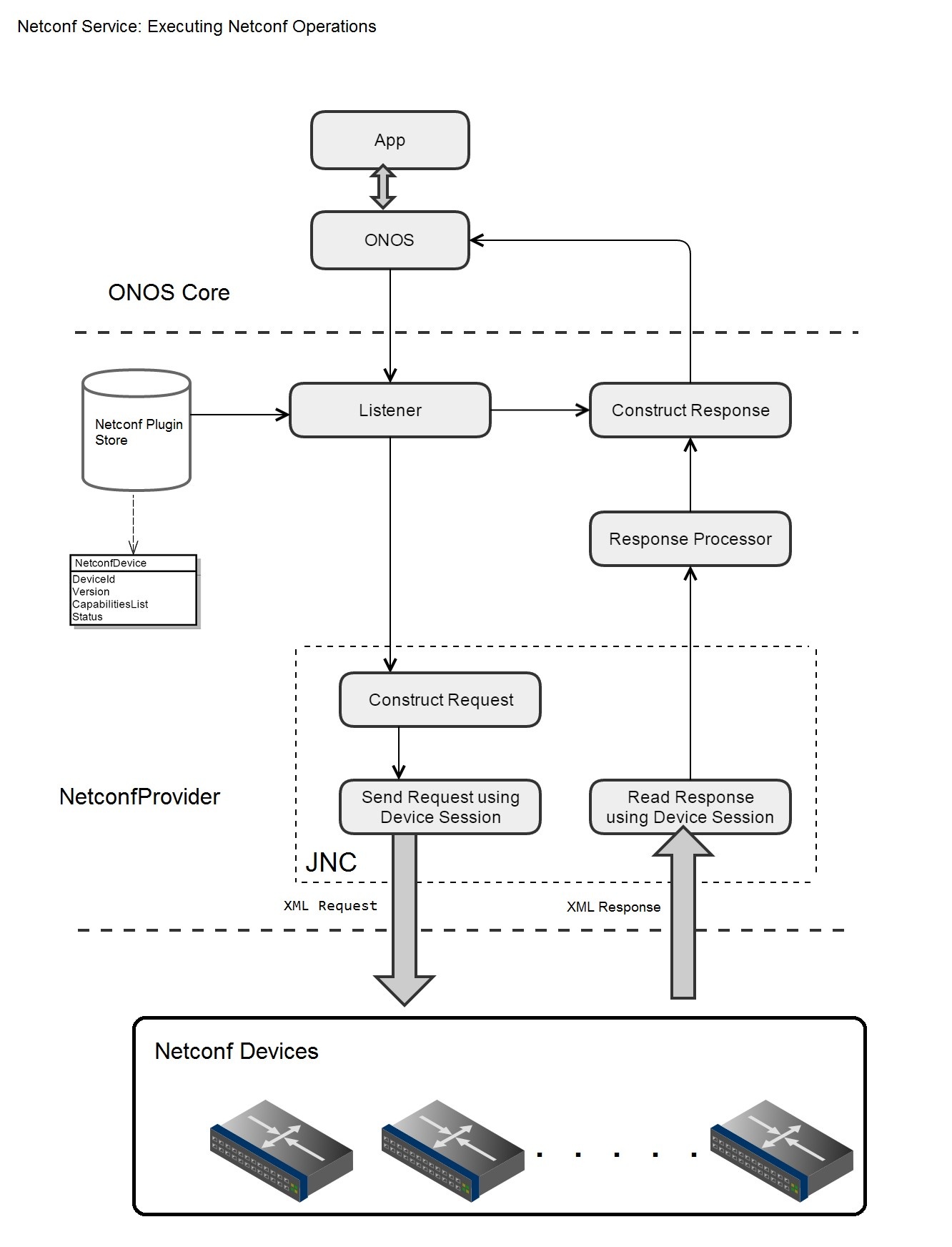