This ONOS use-case has been developed as part of the collaboration in ONF's SPRING-OPEN project. For an overview of the project, its goals and motivation, see here.

The Segment Routing application, developed on top of the ONOS controller, provides SDN based control of an island of Open Segment Routers (OSRs). The OSRs route unicast IPv4 packets with standard MPLS operations that abide by Segment Routing principles of globally-significant labels and source routing. The focus of this use-case is to demonstrate Segment Routing features on existing hardware built on merchant silicon using the most recent, stable version of the OpenFlow protocol.

The Segment Routers in this project have been built by Dell on their 4810 Open Networking Switches with support of OpenFlow v1.3.4 and the SPRING-OPEN hardware abstraction. 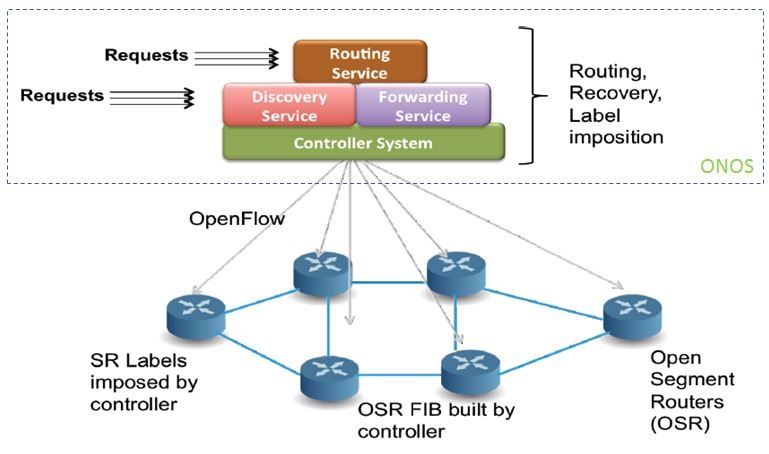 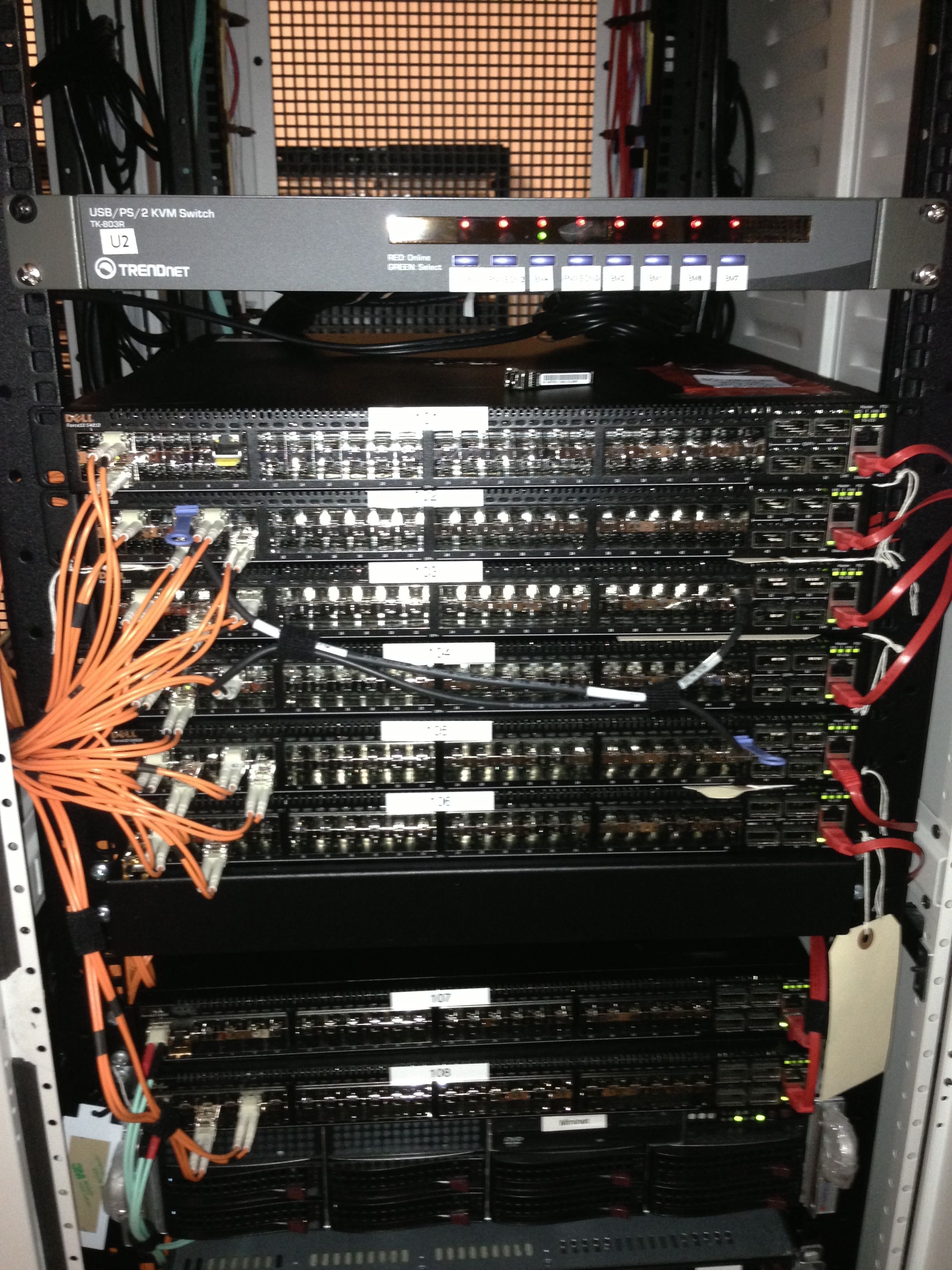 It is important to understand the Goals and the Non-Goals of the the project. For more details, please refer to the original project writeup: SPRING OPEN – ONF TAG Project.pdf

What is Segment Routing?

Segment Routing is a relatively new concept introduced by the IETF. It is in the process of being standardized by the SPRING (or Source Packet Routing In Networking) working group.

Segment Routing shares a lot of goals in common with SDN, including the elimination of complex distributed protocols, and the use of source-routing via controllers or head-end routers. In Segment Routing, the source/head-end router imposes an ordered list of segments onto a packet header, where the 'segment' is an identifier with local or global scope. Segment Routing can use either the existing MPLS data plane, or the native IPv6 data plane. In this project, we choose to implement the former. Segment Routing requires no change to the existing MPLS data plane, making it an attractive-candidate for rapid prototyping via available commodity merchant-silicon ASICs and white-box hardware, and enabling network operators to relate to the scenario with high interest.

In our solution prototype, the data plane behaves exactly like a Segment Router as defined in the IETF drafts. However, in the control plane our prototype does not use a distributed IGP embedded in the routers. Instead it uses a routing application on ONOS. The application programs the edge-routers and core-routers for forwarding with segment routing rules for default routing. It also programs the edge-routers for policy-based routing. With ONOS providing the control, network operators can express their policy requirements to the controller, and the app together with ONOS implements the policy in the IP/MPLS network.

How Can I Get Started?

The Prototype and Demo Videos  are a really good place to get started.

You can get hands-on with the Controller, CLI and software switches by using a pre-built VM.  See the Installation Guide for the Pre-built VM and then follow the Getting Started Tutorial.

Or you could get started with hardware switches from Dell.

This project is a joint collaboration between ONF, ON.Lab and Dell.

The project team would like to thank the larger ON.Lab team for help and support at various times during the course of the project, with special thanks to Brian O'Connor, Jono Hart, Luca Prete, Yuta Higuchi, Cody Burkard, Patrick Liu, Shreya Shah, Pavlin Radoslavov, Ali Al-Shabibi, Prajakta Joshi, and Bill Snow.

We would also like to thank Arpit Joshipura and Amit Sanyal at Dell for support with Dell's involvement in the project.

We would also like to thank Dan Pitt and  Rick Bauer at the ONF for their continued encouragement and logistical support.

We thank Dave Ward and Clarence Filsfils from Cisco for their advice.

Finally we thank all the members of the ONF's Technical Advisory Group for envisioning and supporting the project, and the ONF Board for approving it, with special thanks to Albert Greenberg (TAG Chair & ONF Board Member - Microsoft).