We use this test to measure the level of intents operations that ONOS can sustain. One of the main use case of SDN controller is to allow agile applications to have frequent changes on network configuration through intents and flow rules. ONOS as an SDN controller should sustain a high level of intents installation and withdraw requests. ONOS as a distributed architecture, should be able to sustain higher intent operation throughput levels as the cluster scale increases. 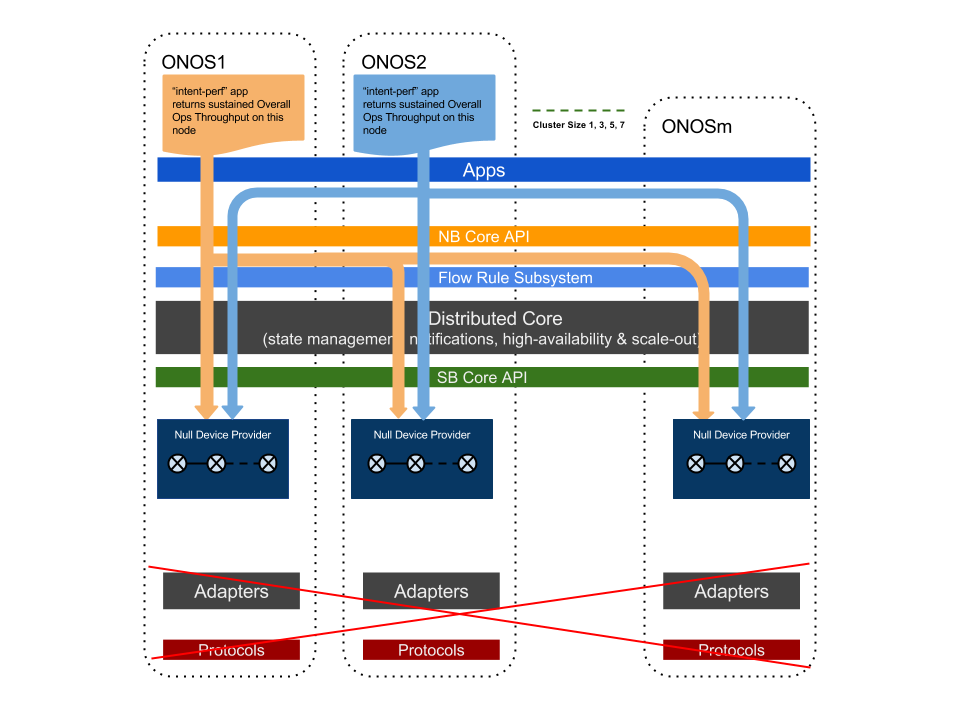 In order to generate a high level of Intents operation, we instrumented the "intent-perf" app. This app can be activated on any ONOS node in the cluster. It has a few parameters to configure the generator behavior:

The intents generated are only "1-hop" intents, i.e. they are intents to be compiled to flow rules of ingress and egress on the same switch. Therefore, the Null providers need not form a valid topology.

Particular to this experiment, we run with two neighboring scenarios. First, numNeighbors = 0. This is the situation when each ONOS node running a generator only generates intents for local installation and withdraw, minimizing any East-West communication of intents. Secondly, we set numNeighbors equal to (cluster size -1). In this case, every generator will have to generate intents for its local installation, as well as for all other nodes. This is a case maximizing the East-West communication for intents.  We capture the cluster overall throughput at the end of a 300-second sustained load. Other parameters are at default values.