However, selecting the "bundle" provides an edit mode where each localization key can be selected to display all translations for that specific key: 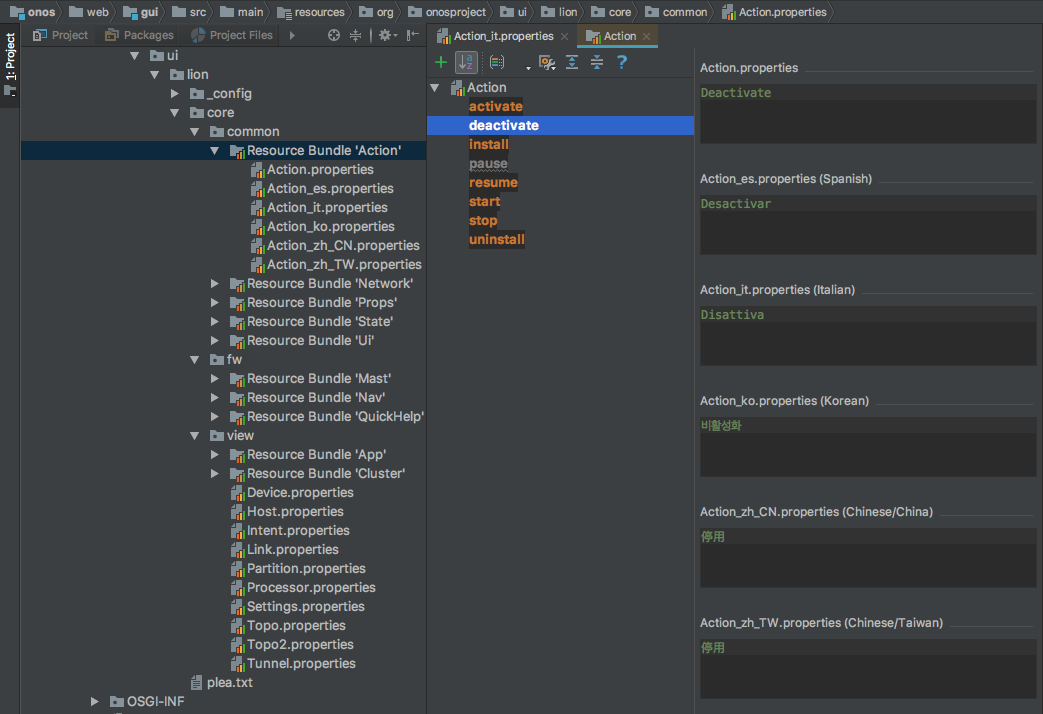 A flat structure for a specific UI element

Bundle stitchingWhen localizing a specific "view" (or other UI component), the simplest arrangement is to have flat structure for lookup of localization keys. As an example, let's take a look at the Cluster Nodes view:

Here it is in English (default):

Here it is localized to Italian:

Let's take a peek under the hood; here is part of the HTML snippet for the view... 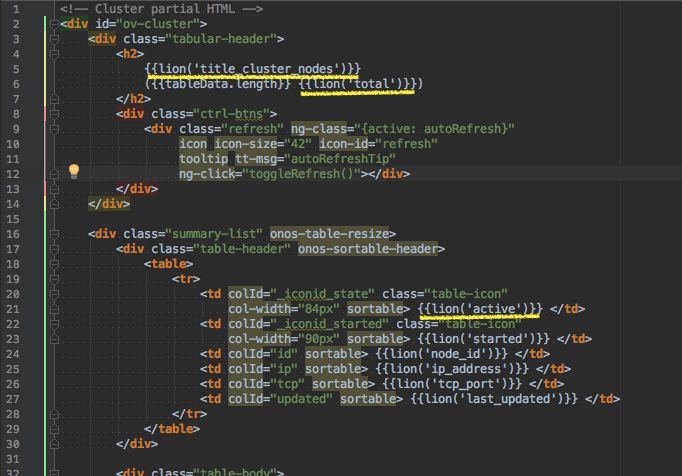 Notice the Angular expressions being evaluated in the highlighted {{ ... }} syntax; these are a function call – lion(key) – where "key" is the localization key of the phrase to be inserted.

The lion(...) function is installed on the $scope of the view in the controller code, as indicated here... 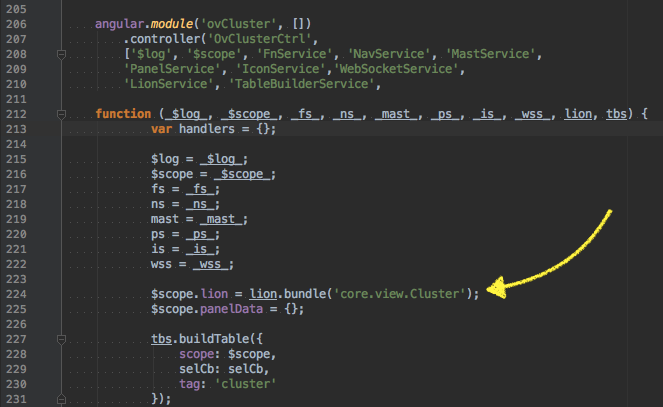 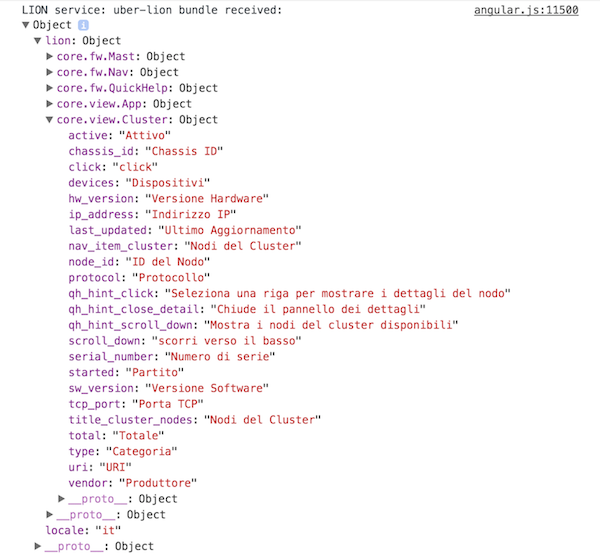 Note that when we invoke the function, if we request a key that does not exist in the bundle – e.g. lion('nonexistent') – the text returned will be the key wrapped in %'s – e.g. "%nonexistent%". This should help identify where there are missing localization keys, during development.

The .lioncfg files use a simple syntax to "pull" localization strings from the resource bundle tree, into a single flat mapping. A brief explanation of the command formats follows:

Defines the name of the bundle. The dot-delimited nature is to avoid name collisions, but (just like Java package naming) there is no hierarchy inferred. The bundle name should also be the name of the file (with a .lioncfg suffix).

In the example, the bundle name is core.view.Cluster.

Defines an alias for text replacement, to simplify / shorten statements that follow.

An example from above is alias cc core.common, which will replace, for example, cc.Network with core.common.Network.

Imports all localization keys from the specified resource bundle.

In the example, all the resource keys defined in the core.view.Cluster resource bundle will be included in this LionBundle.

Imports the specified localization keys from the given resource bundle.

In the example, the total, active, started, and last_updated localization keys from the core.common.State resource bundle will be included in this LionBundle.