This section covers development and test environment setup and configuration.

This page assumes you have successfully downloaded and installed ONOS. If you have not done that yet, please follow the tutorial Installing and Running ONOS.

As ONOS is a multi-module project, it may appear as a collection of many (about 50 at the time of this writing) projects beginning with "onos-". This is normal for some IDEs such as Eclipse.

For a listing of the software modules that comprise ONOS, please refer to the Javadocs, or Appendix C of this Guide.

If you're using Eclipse and see "Plugin execution not covered ..." errors about jacoco-maven-plugin and onos-maven-plugin after importing ONOS projects, follow these steps to eliminate those errors. 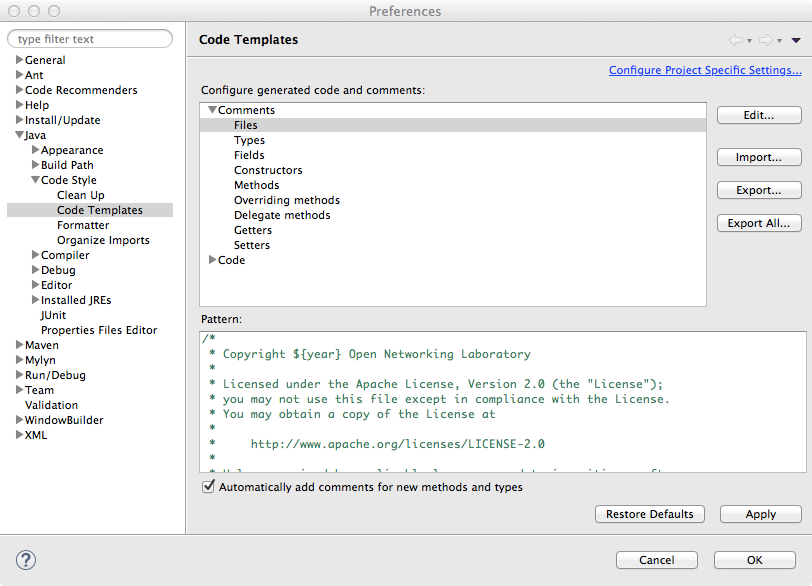 The generated documentation is also wrapped into a gzipped tar archive and placed under /tmp with the naming convention onos-apidocs-<onos-version>.<user>.tar.gz.