Tunnel is a type of system resources in ONOS. Tunnel subsystem is built to support tunnel setup for applications. This subsystem is constructed in a processing approach based on the model of producer and consumer (P-C). The P-C model distinguishes two types of applications, tunnel producers and tunnel consumers. A tunnel producer is an application capable of creating, updating and deleting tunnels. Tunnel subsystem is responsible of storing and managing tunnels in ONOS store. A tunnel consumer is an application that can borrow tunnels from ONOS store and return tunnels to ONOS store. A consumer can communicate with producer via ONOS for creating tunnels. 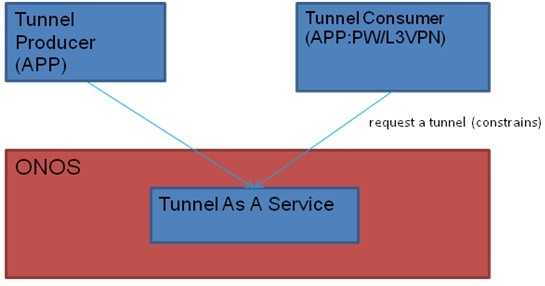 The Model of Tunnel Producer and Consumer 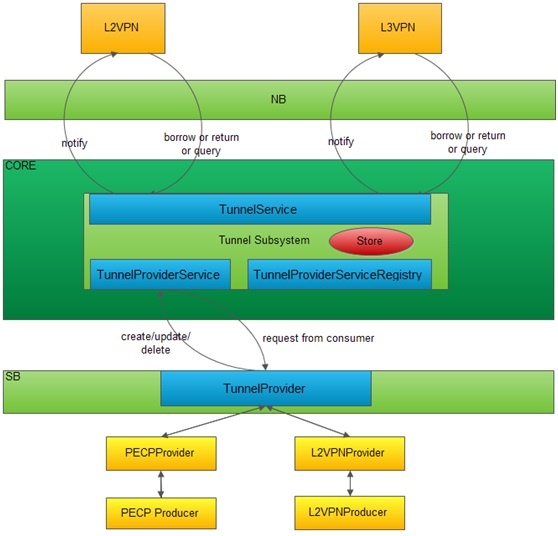