If ONOS has been run in local mode (typically used during development), the username and password karaf/karaf can be used to log into the UI.

If ONOS is running as a cluster using a 'test cell', the username and password should be defined in $ONOS_WEB_USER and $ONOS_WEB_PASS for that cell.

The gray bar at the top is the Masthead, which provides a location for general GUI controls. In the current version (1.4.0 "Emu") the masthead contains:

(In future versions, the masthead may include session controls, such as user ID, user preferences, global search, etc.) 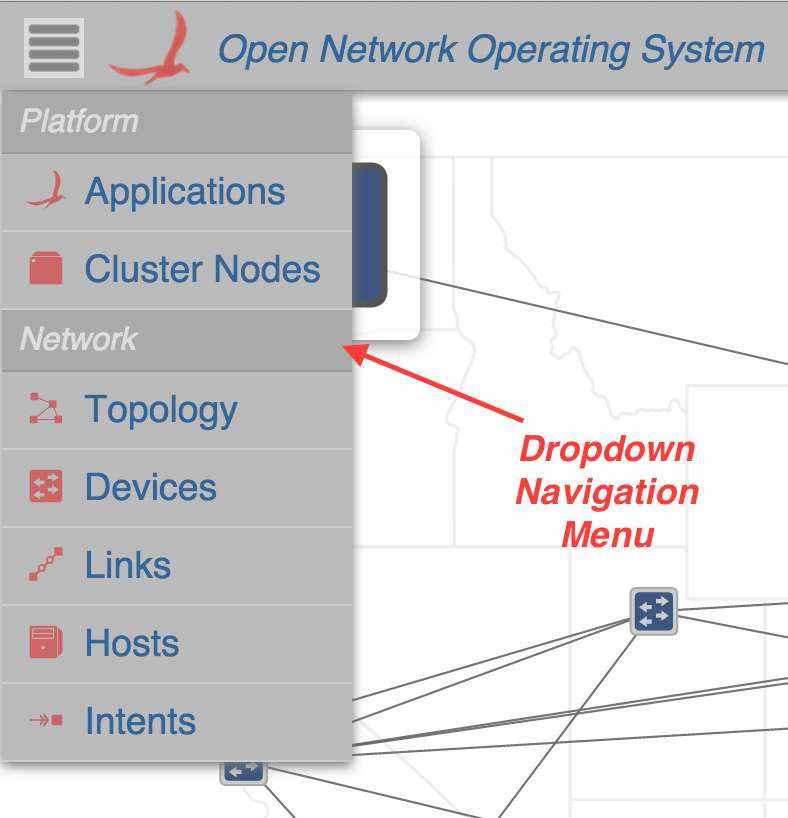