The IconService is an Angular Factory in the SVG module with the name icon.js. It provides an API to inject pre-installed icons (based on glyphs) to be used in the client-side application. To use this API, see the documentation on injecting Angular services.

What is an icon?

Icons are in the Device View. Below is a checkmark icon and a device switch icon as examples.

Notice how these are still SVG glyphs. The only difference is that they were inserted using the IconService via an icon directive.

Loads an SVG icon into the given div using a glyph ID instead of an icon lookup.

Loads an SVG icon into the given div using an icon lookup. This calls the loadIcon function. The main difference is that the SVG group element will have iconCls as a class.

An abstraction of loadIconByClass – it always installs the glyph defs element.

Shortcut function to add a device icon to the Topology View.

Shortcut function to add a host icon to the Topology View.

Returns the configuration for device and host icons in the Topology View.

Returns an API to manipulate the sort icons used in the Tabular Views for sort direction.

Icons are also able to be loaded into HTML elements through an Angular directive.

The icon directive calls loadEmbeddedIcon for you. In this example, the "checkMark" glyph will be used, because it matches up to the "active" icon class.

Make sure the icon directive is inside a div that can have elements dynamically appended to it.

You can also have an Angular interpolated value as the icon-id, and the icon glyph will be updated automatically. This approach is used in the Tabular Views to dynamically change the icon indicating active or inactive status. Below is an example from the Device View:

Below is a mapping of icon lookup keys to the glyph IDs they correspond to. Also see the list of all glyphs. 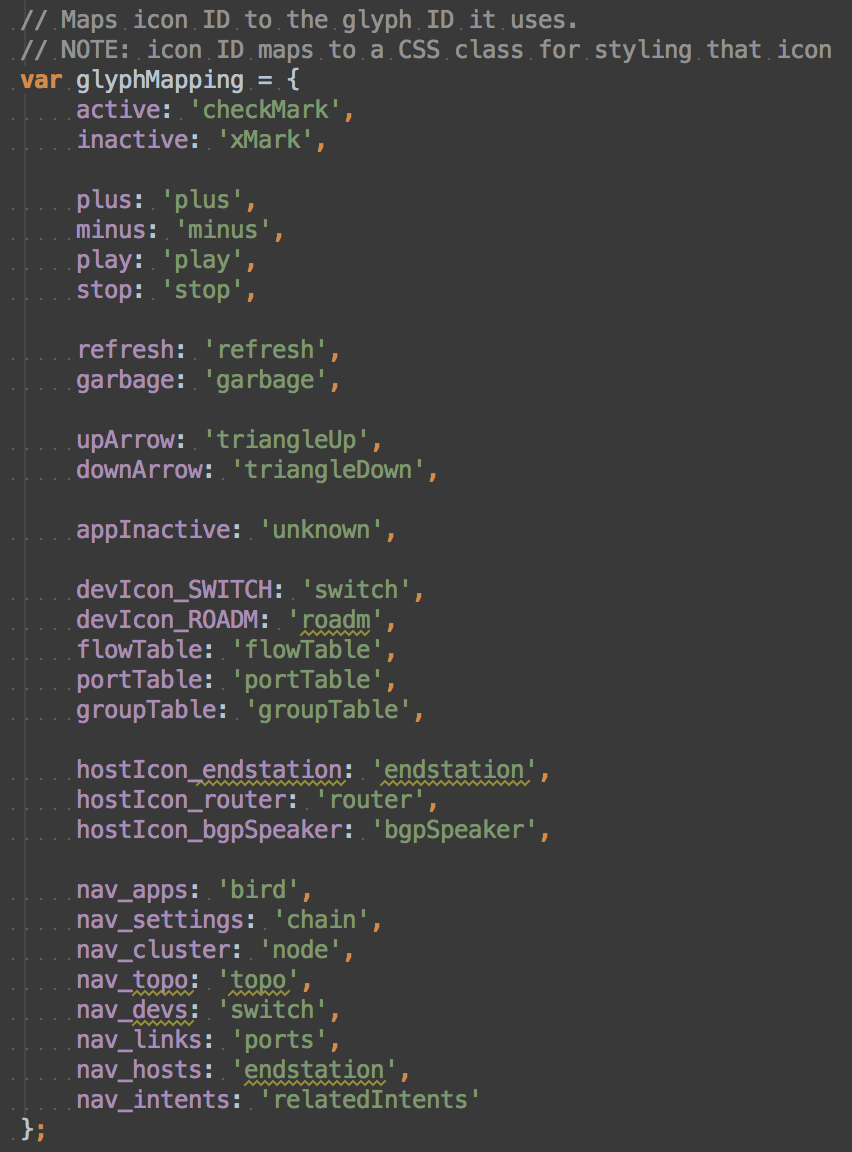