bmv2.py can be used in conjunction with onos.py, the latter is a Mininet custom file that allows to start up a complete emulated ONOS network in a single VM - including an ONOS cluster, modeled control network, and data network. For more information about onos.py please refer to the official guide.

To emulate a network of BMv2 devices controlled by an ONOS cluster you can use the following command (assuming you have cloned the ONOS repository in your home folder): 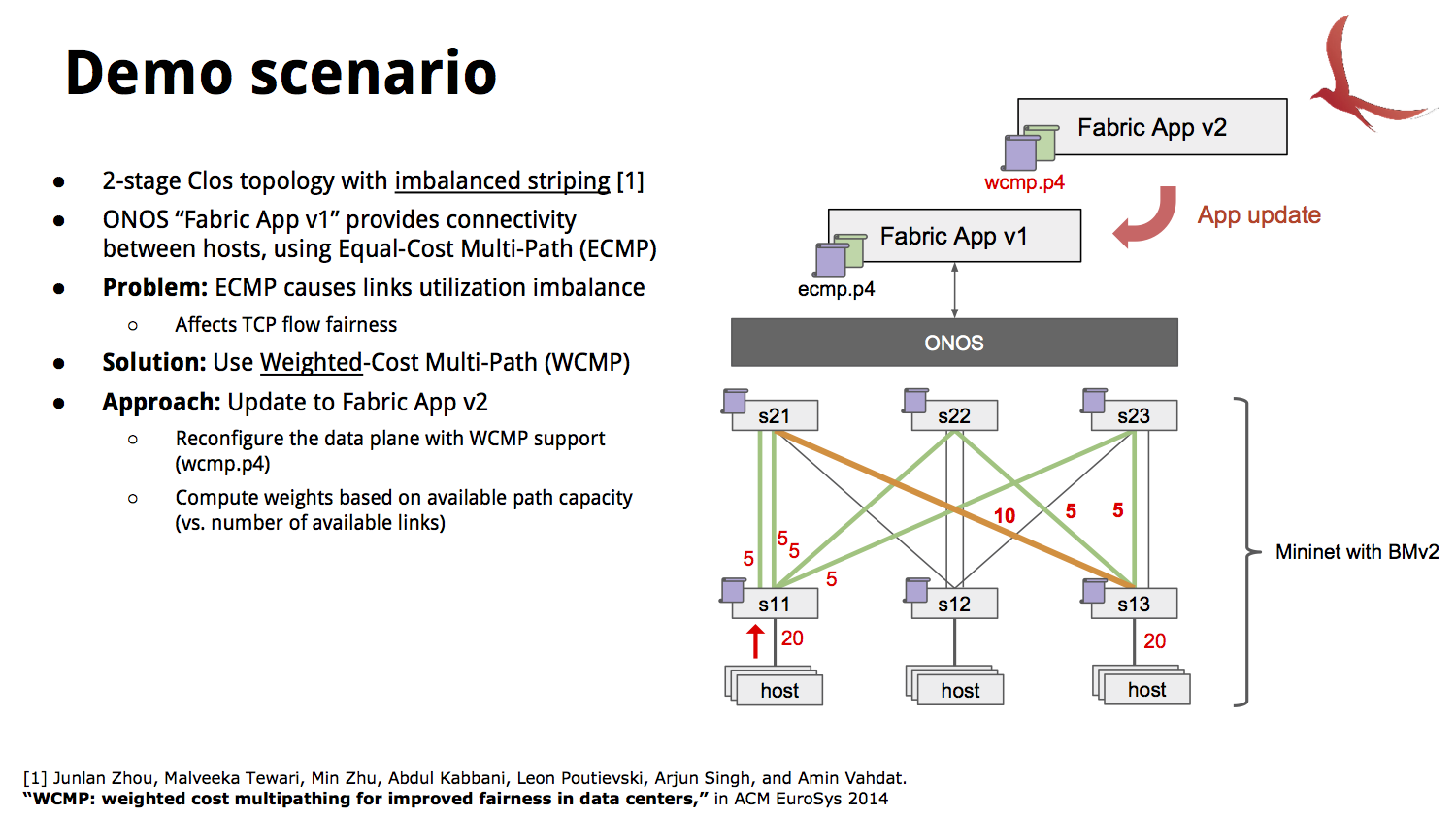