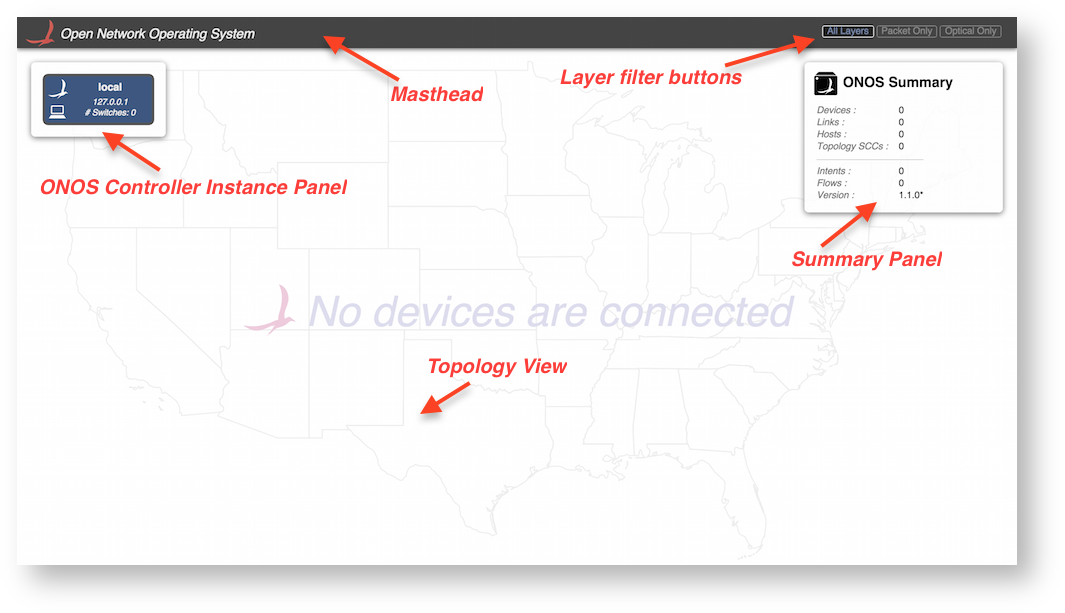 The Application View* provides a listing of applications installed, as well as interaction with them on the network.