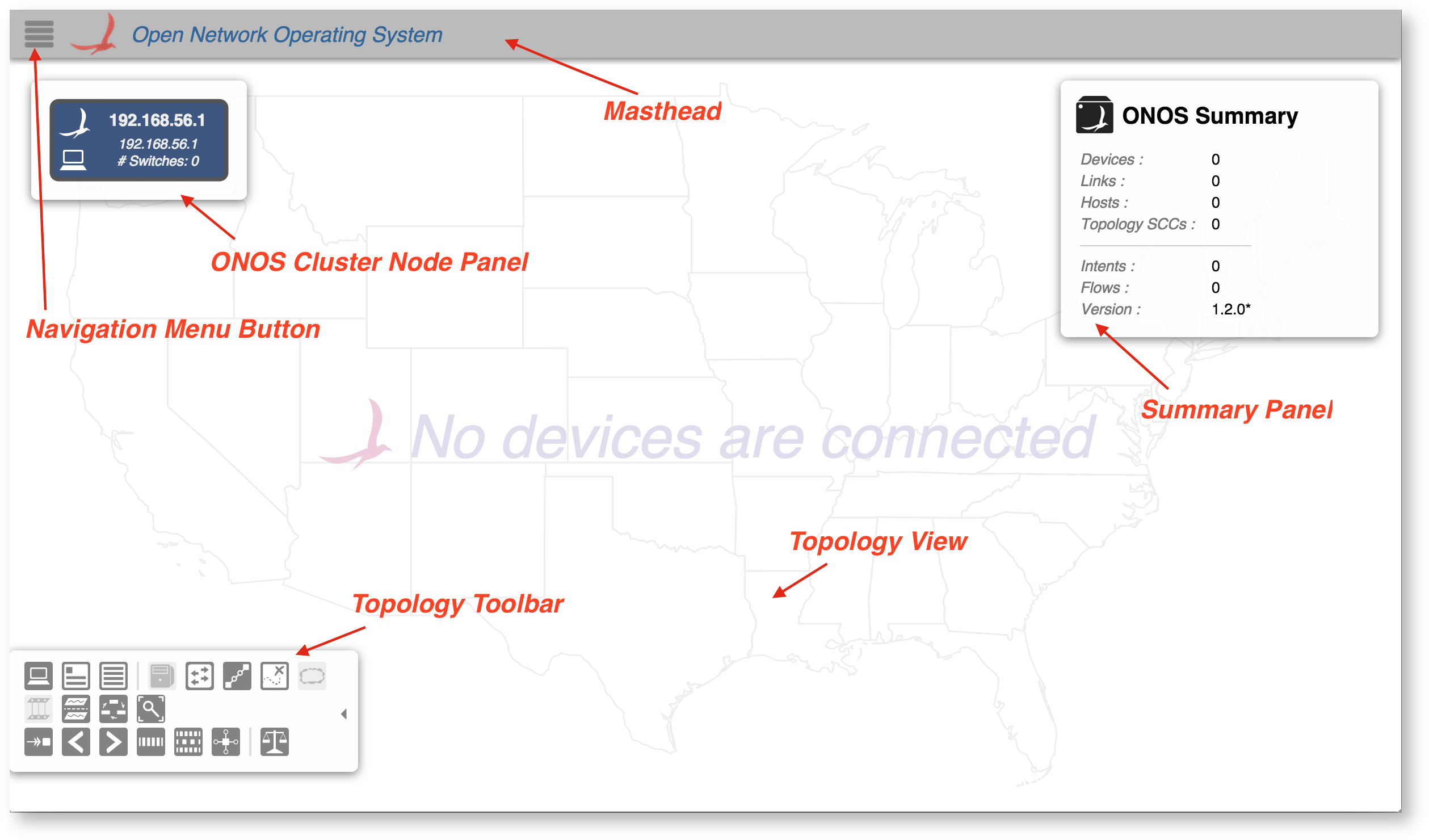 NOTE: The capability of adding views to the GUI dynamically at run-time is being developed. This will allow, for example, an ONOS App developer to create GUI content that works specifically with his application. The content will be injected dynamically into the GUI when the app is installed, and removed automatically from the GUI when the app is uninstalled. For more details on this feature, see (TBD).