Layer 3 Virtual Private Networks (l3vpn): L3VPN is a technology based on PE. It uses MPLS to forward VPN packets over service provider backbones.

Customer edge (CE) device—A CE resides on a customer network and has one or more interfaces directly connected to service provider networks. It can be a router, a switch, or a host.

·           Provider edge (PE) device—A PE resides at the edge of a service provider network and connects one or more CEs. On an MPLS network, all VPN services are processed on the PEs.

·           Provider (P) device—A P device is a core device on a service provider network. It is not directly connected to any CE. It has only basic MPLS forwarding capability.

The Project is primarily driven by Yang Model.

The architecture of L3VPN as below: 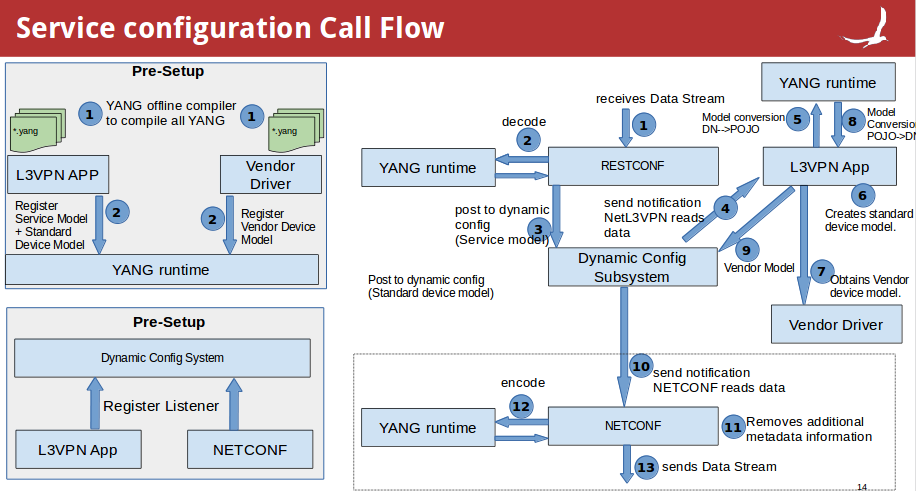