VPLS is an ONOS application, included by default in the ONOS distribution (both source code and packages). It needs to be explicitly configured and activated.

The goal of VPLS is to connect multiple end-points in an OpenFlow network - through a VLAN - making an isolated L2 broadcast network.

Current model expects that hosts to be connected together (any L3 device), sends out in the OpenFlow network packets already tagged with a certain VLAN Id. Indeed, VPLS will use the VLAN Id of the hosts to match against the VPLS configuration, thus allowing hosts to communicate together.

Following, the general procedure to activate and configure VPLS will be described. It’s expected that the user adapts the steps below to her/his own ONOS deployment flavor. Activating and configuring VPLS doesn’t have to happen in a specific order, since VPLS listens for configuration changes and react accordingly.

Configuring VPLS is fairly simple. The application exploit a quite small part of the general ONOS network configuration (interfaces).

The goal of the configuration process is to express: 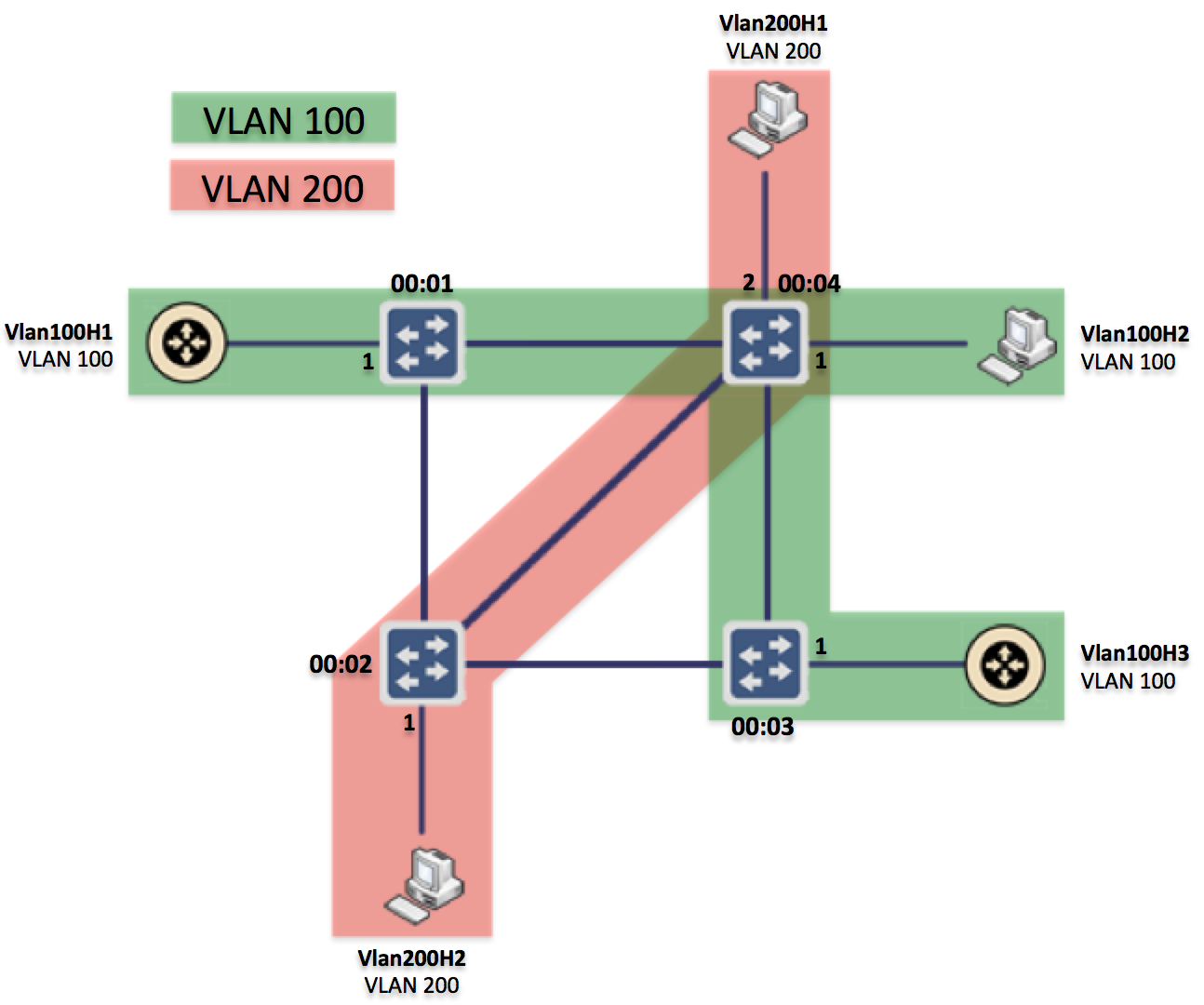 Grouping by Vlan Id in a tabular view, things get translated like the following:

Please, consider the example below:

As soon as two or more interfaces will be configured to receive packets tagged using the same VLAN Id, intents for broadcast will be installed by VPLS.

As soon as two or more hosts start to send out packets using the VLAN Id configured, through the ports with the related interfaces configured, intents for unicast will be installed by VPLS

Exmple of output for the hosts command in ONOS