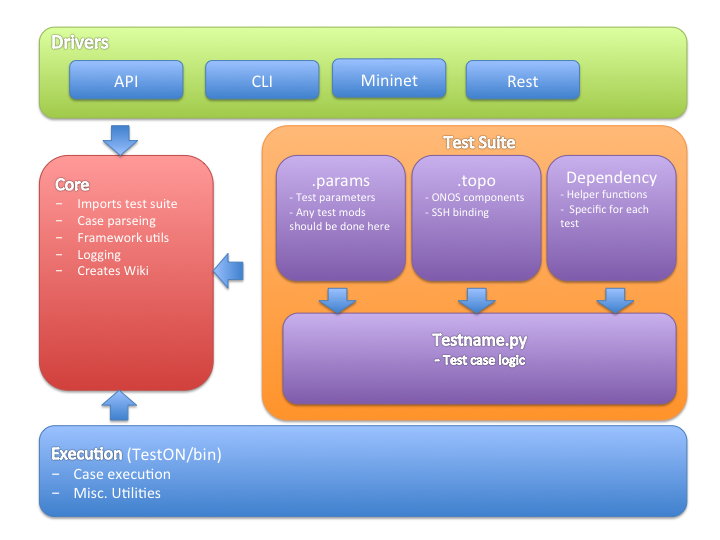 TestON for ONOS: Paxterra’s TestON is made out of a set of drivers that connect to various components. In our case, these components will be ONOS and Mininet, and can be pointed to either the same or different IP addresses. TestON manipulates these components through a set of ssh handles created using Python’s pexpect. The test structure is comprised of a set of different tests, each with a number of test-cases inside. Each test-case returns a pass/fail result and can stand alone in theory. However, more complete tests can be created by running multiple test-cases in series, which will return a percentage pass/fail result of all the containing test-cases. There will be certain test-case combinations that make more sense then others, and they will be placed in a sensible order, but in the end it is up to the user to determine logical sequences that produce meaningful data.